Proud to be the 2022 Inc. Best in Business Winner for Advertising! Learn more. 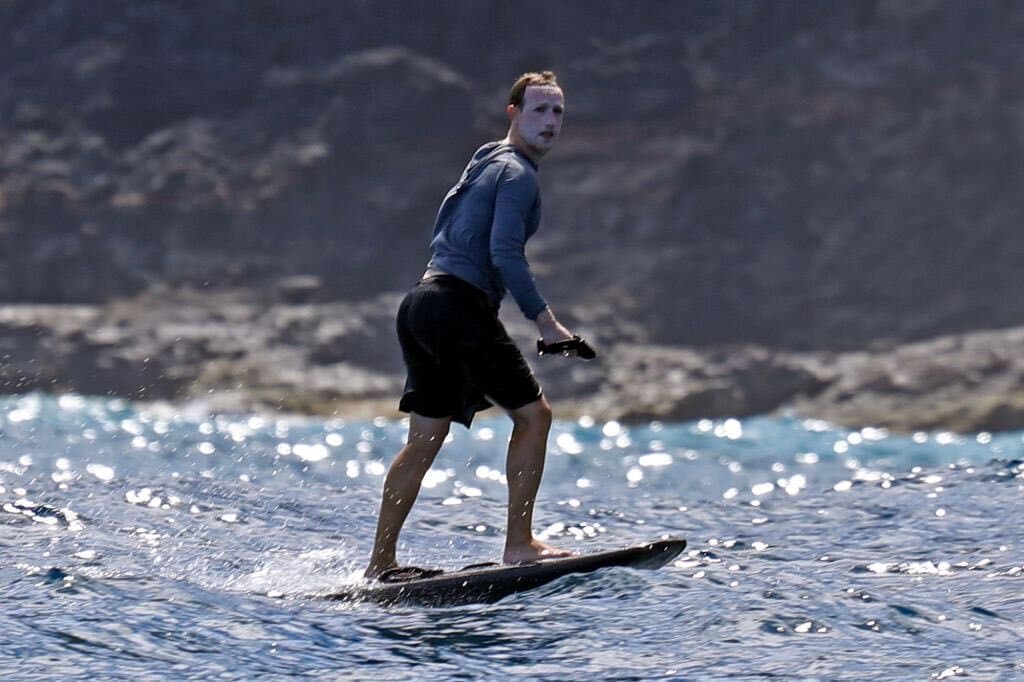 iOS 14 Is Coming. What Does It Mean For Facebook Marketers?

While Mark Zuckerberg was going viral for this (bigfoot-esque) picture of him surfing off the coast of Hawaii, Facebook announced that they will no longer be riding the wave of IDFA data from some Apple users, thanks to a suite of recently announced iOS 14 privacy changes. This has serious implications, not only for your Facebook campaigns in the here and now, but also for the future of attribution.

Here’s What We Know:

During their annual Worldwide Developers Conference in June of this year, Apple announced the fourteenth major release of the iOS mobile operating system: iOS 14. As a part of this release, Apple announced several new features and changes intended to give consumers more control over their personal data. Of particular importance are the changes related to Apple’s Identifier for Advertisers, or IDFA.

IDFA allows apps and marketers to track user activity at the device level and serves as the keystone for granular advertising attribution on iOS. While Apple currently gives users the ability to opt-out of IDFA tracking, iOS 14 will transition to an opt-in system – meaning that IDFA will be disabled by default. If an app wants to track a user’s IDFA, that app is required to ask the user for permission and explain how that user’s data will be used.

Until recently, self-attributing networks like Facebook and Google have remained largely silent regarding how these changes will impact attribution on their platforms. Last week, however, Facebook broke this silence, announcing that it will not collect the IDFA of iOS 14 users on any Facebook-owned apps regardless of whether or not a user has allowed for tracking. By opting out of IDFA tracking altogether, Facebook will avoid having to ask users for permission to track IDFA and has stated that this solution will provide the greatest stability for advertisers as data restrictions intensify.

Facebook has also announced they will require app advertisers to create a new specialized ad account if they want to target iOS 14 users. By carving out an independent app advertising ecosystem, Facebook is hoping to maintain granular attribution and targetability of Android and pre-iOS 14 devices. The limited amount of data passed back from iOS 14 users also limits campaign capabilities, reporting, and optimization, which necessitated a distinct ecosystem. In addition to a new ad account, app advertisers will also no longer be able to retarget users, have a limit of nine (9) published campaigns with one ad set per campaign, and no demographic/geographic reporting among other things. We also expect that this change will generate upward pressure on CPMs for non-iOS 14 users as competition for these users increases.

While this change primarily impacts app advertisers, there are potential impacts to the overall advertising ecosystem as well. Most significant is the possible sunsetting of the Audience Network, which leverages ad inventory within 3rd party apps. Facebook has announced the network will likely see a 50% reduction in revenue and has hinted at shuttering it altogether. This would have a limited impact on Facebook ad inventory but threatens a key lifeline for third party apps reliant on the audience network revenue stream. The total impression pool will likely also decline as iOS 14 users lose targetability, resulting in a higher cost per impression and acquisition.

Following Facebook’s announcement, Apple released a statement on September 3rd walking back their initial timeline for IDFA privacy enforcement. Apple said that they “want to give developers the time they need to make the necessary changes, and as a result, the requirement to use this tracking permission will go into effect early next year.” At this time, it is unclear how this will impact Facebook’s decision to cease IDFA tracking for iOS 14 devices. Given that Apple still clearly intends to enforce more stringent requirements for IDFA tracking, albeit on a delayed timeline, it is more a question of when, rather than whether, Facebook’s policy will go into effect.

For Apple, iOS 14 represents just the latest development in a years-long shift in emphasis towards user privacy. After they were sued for mobile privacy breaches in 2010, Apple has regularly taken steps to limit the data passed back to advertisers and increasingly put control in the hands of iOS users. In 2014, Apple began allowing users to restrict access to IDFA through their Limit Ad Targeting (LAT) feature. Under iOS 14, low funnel attribution is still possible within 24 hours, similar to the 24-hour grace period offered by Apple to advertisers on Safari (although that feature was subsequently deprecated). Given the historical consistency of Apple’s progression towards consumer privacy, it is likely we will see low funnel attribution removed entirely for users in subsequent iOS updates. Facebook, perhaps seeing the same writing on the wall, has decided to pre-emptively cut the cord by automatically opting out of IDFA tracking for devices running iOS 14.

This trend towards consumer privacy is not limited to Apple properties. As we highlighted in our July update on the California Consumer Privacy Act (CCPA), state governments across the US are also beginning to push for greater data privacy protections and oversight. In both cases, private companies and state governments are responding to the concerns of their respective customers and constituencies. As data privacy and ownership continues to build momentum in the public consciousness, we should expect to see more of this kind of action from governments and private companies.

It is also worth noting that Facebook has taken a similarly conservative posture in response to both CCPA and iOS 14 policy changes. Shortly after CCPA came into effect, Facebook blanket implemented their Limited Data Use (LDU) feature to avoid any errant data collection on California users. Similarly, Facebook’s decision to forego IDFA tracking for any iOS 14 users (even those who may have “opted-in”), suggests a tacit recognition that they’ve lost the battle for device level tracking. Although we should expect to see Facebook continue to fight to preserve their existing means of attribution, the response to CCPA and iOS 14 shows that they are increasingly willing to accept these changes and look forward as opposed to further digging in their heels. Advertisers would be wise to follow this example and begin planning for a new paradigm in attribution.